Last chance to save Canada from the Big Telecom hogs! 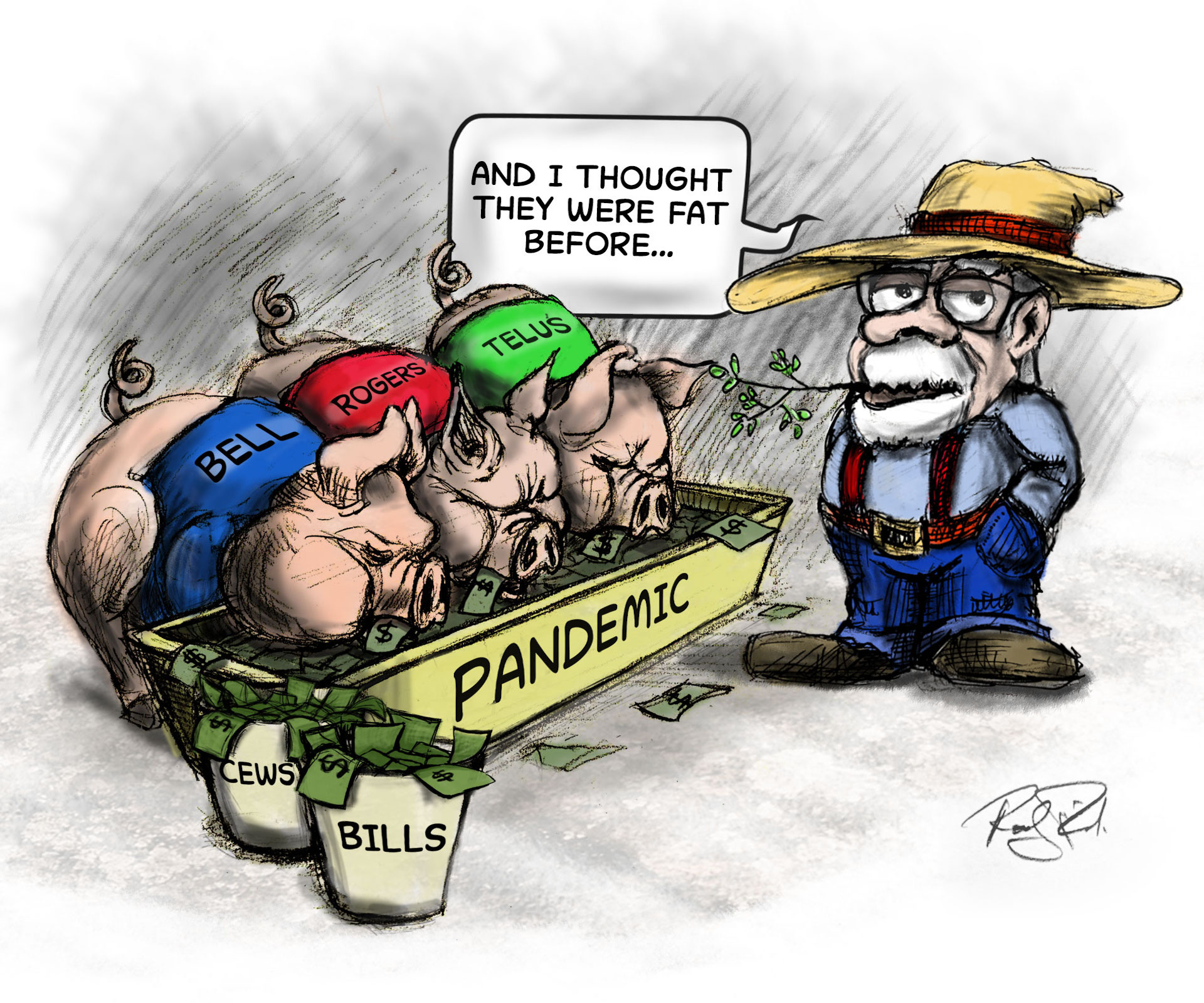 Prime Minister Justin Trudeau and his cabinet have one week left to overturn a CRTC decision that is keeping Canada’s internet prices sky high. That means Canadians have just one week left to urge the federal government to lower bills amid soaring costs and inflation, at a time when relief is badly needed.

Don’t delay – this is our last chance! Go to PaylessToConnect.ca and send your member of parliament a note urging their support. No matter which party, they can help pressure cabinet. It only takes 15 seconds!

At issue are the wholesale fees smaller providers such as TekSavvy pay to the likes of Bell and Rogers to use parts of their networks, which in turn determine the prices nearly all Canadians pay for internet service. But there is a much bigger issue at stake – this decision will show whether the government stands with Canadians and supports competition, or whether it will allow Big Telecom to further line their pockets as smaller companies wither and die.

It’s already happening. Quebec’s largest independent internet provider Ebox recently sold out to Bell, which will ultimately give residents in the province one less competitive choice. Other small ISPs, TekSavvy included, have been forced to lay off staff, cut building plans for their own networks and raise prices. If cabinet doesn’t overturn the wholesale fees enacted by the CRTC last May, many more small ISPs are likely to go out of business.

We know by now who the CRTC stands with. In 2019, the regulator lowered wholesale fees – which make up the largest operating expense for small ISPs – after three years of study concluded that Big Telecom had grossly inflated them. The companies lobbied and lobbied – and had private, chummy beers with CRTC chair and former Telus lobbyist Ian Scott – to reverse that decision. Lo and behold, last year the CRTC arbitrarily did just that, which is why TekSavvy brought forward the appeal cabinet is now considering.

Around the same time, the CRTC also rejected the idea of forcing new wireless competition – proper mobile virtual network operators (MVNOs) that would have lowered the astronomical cellphone bills we all pay. Then, a few weeks ago, the CRTC effectively rubber-stamped the proposed merger of Rogers and Shaw despite two separate House of Commons committees – Industry and Heritage – the Competition Bureau and just about everyone else in the country rejecting it. As it stands, only three entities appear to support that deal: Rogers, Shaw and the CRTC.

Not surprisingly, the companies in question have over the course of the pandemic engorged themselves at the expense of consumers and taxpayers – a double dip into the never-ending trough that Canadians’ wallets are to them.

The three biggest – Bell, Rogers and Telus – all recently reported first-quarter revenue and profit increases higher than in the same period of 2019, before the pandemic began, meaning they have fully resumed their consumer gouging. During this period they raised dividends paid out to shareholders and took hundreds of millions of dollars in subsidies from governments to expand their networks – the same builds they threatened to cut unless they got their way with regulators.

And let’s not forget the nearly quarter-of-a-billion dollars they took in taxpayer-funded emergency pandemic relief money, only to lay off hundreds of workers anyway. While companies in other countries repaid such funds, Big Telecom here instead boosted payouts to shareholders.

We’ve called these companies hogs at the table before because that’s what they are. They are never-satisfied pigs that will devour everything they possibly can, and they will do anything and everything – no matter how unsavoury or ruthless – to get even more.

This is the government’s biggest chance to back every-day Canadians and competition in general, rather than further feed the pigs at the trough. Again, make your voice heard one last time regardless of who your MP is at PaylessToConnect.ca.