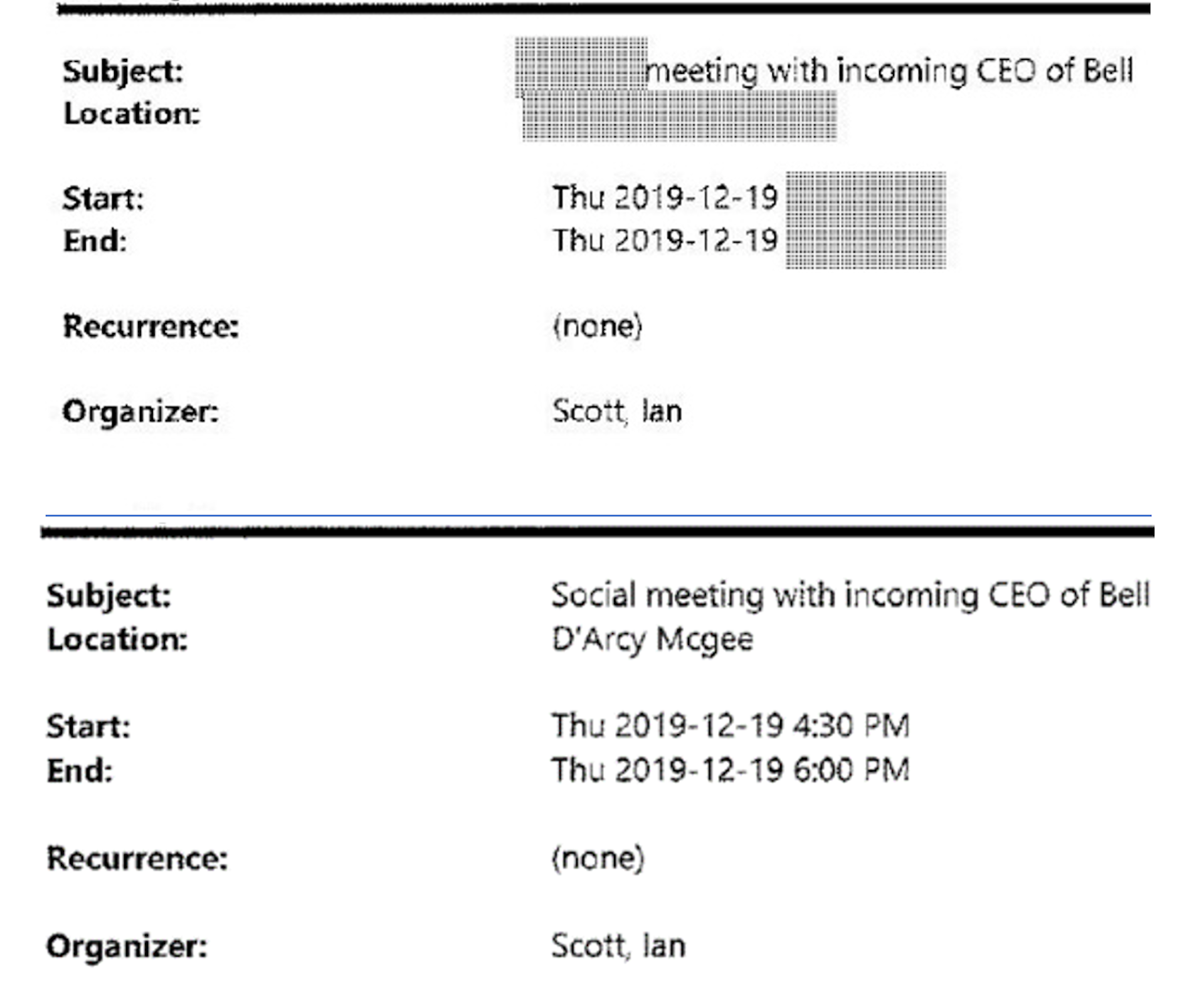 A few months ago, we asked what the CRTC was hiding with redactions to its Access to Information response about chair Ian Scott’s private beers meeting with Bell’s CEO. We now know the answer.

As the newly released unredacted calendar entry and its metadata shows, Scott scheduled a private “social meeting” with Bell’s incoming chief executive, Mirko Bibic, for between 4:30 pm and 6 pm on Dec. 19, 2019, at D'Arcy McGee’s pub in Ottawa. The updated timeline of events is as follows:

This further confirms Scott’s conduct was directly offside the CRTC’s own internal rules and the standards set by Cabinet.

The CRTC chair should not be having social meetings with the head of the largest company he regulates. He should not be in a position where his social relationships are so intertwined with those he regulates that it’s impossible to tell if a meeting is a social interaction or lobbying. This is textbook behaviour that creates the appearance of bias – in fact, a past CRTC commissioner was fired for less.

Most of the meeting details were previously reported in the press, so we asked the CRTC several months ago if the redactions were a mistake. We were told simply that the case was closed, and that we could register a complaint with the Office of the Information Commissioner if we wanted to – so we did.

The CRTC released the unredacted calendar entry only after the Information Commissioner issued a trio of reports that found it had broken disclosure laws by delaying similar requested records. The re-release also came just hours after we announced that our complaint about Scott’s general misconduct had been escalated to the Conflict of Interest Commissioner, who must now file a report on the issue to Prime Minister Justin Trudeau.

In re-releasing the calendar entry, a CRTC representative said the redactions were indeed a mistake.

Along with the calendar entry, the CRTC has also re-released an unredacted version of an email confirming that staff only emailed Bibic to confirm the social meeting at 5:57 pm the day of, at the end of the scheduled time, only after he was photographed with Scott. Per TekSavvy’s original complaint to the Integrity Commissioner:

“The meeting was only acknowledged through usual official channels (via the 5:57 pm email) once it was already underway… Mr. Bibic appears to notice that he is being photographed; this appears to have prompted Mr. Scott to ask a member of his office staff to send an email confirming the meeting (notably without confirming its start time), containing the usual language advising the other party not to discuss any matter that is currently or imminently before the Commission.”

Given the new information, we expect the CRTC will waste no time re-releasing a host of other redacted records relating to Scott’s 11 other apparent solo meetings with lobbyists from big telecom companies. Here’s an example of what those look like: 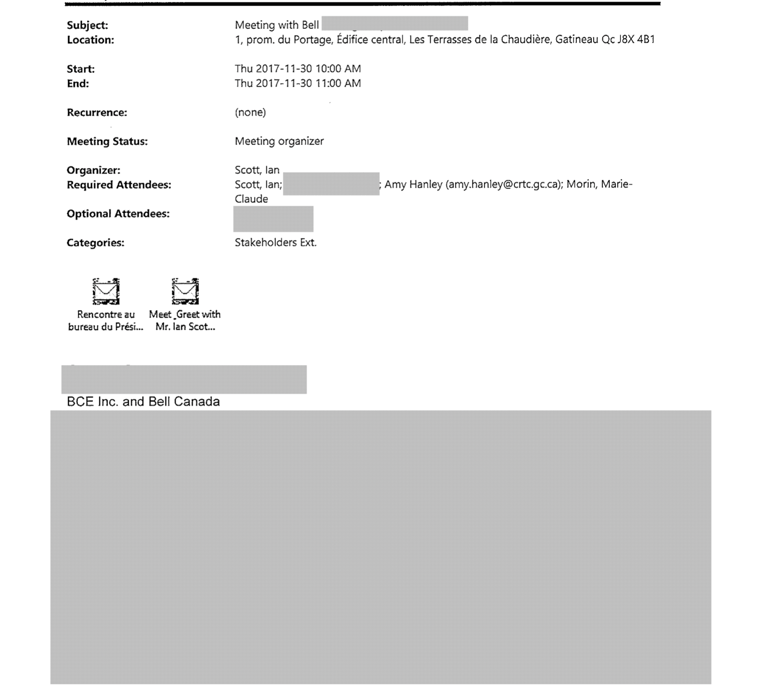 We have filed complaints with the Information Commissioner about these redactions and hope it won’t take further findings of law breaches to compel the CRTC to re-release full records. But until that happens, we must once again ask: what are they hiding?

Also, in the meantime, Cabinet has until the end of this month to decide on TekSavvy’s appeal to overturn the CRTC’s internet rates ruling – perhaps the very ruling that was discussed over beers – and lower bills for millions of Canadians at a time when such relief is sorely needed.