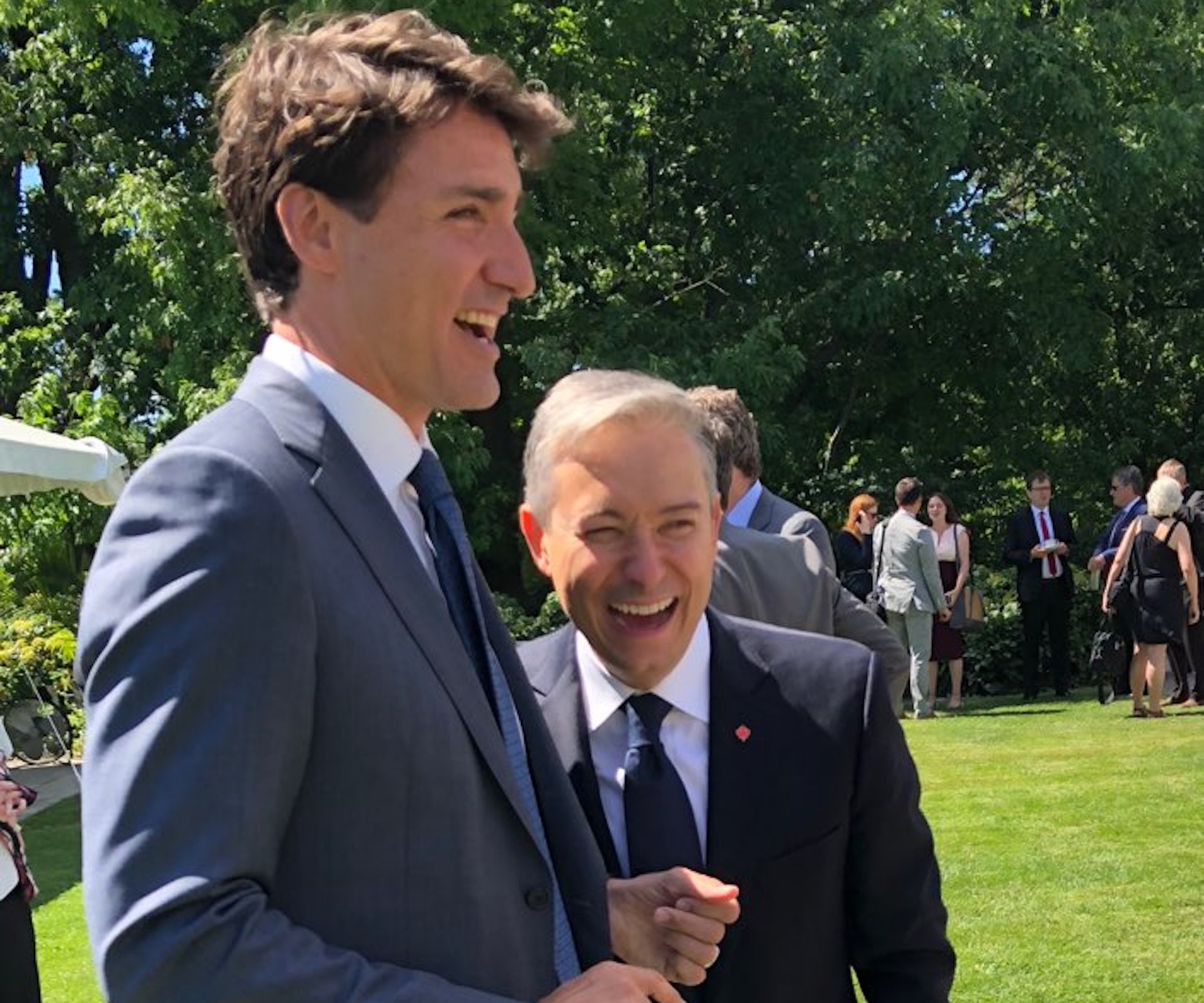 The federal Cabinet has rejected appeals to enforce fair wholesale rates and lower internet prices for millions of Canadians. In doing so, Prime Minister Justin Trudeau, Innovation Minister Francois Phillipe Champagne (pictured above) and the rest of the Liberal government have failed to force the CRTC to do its job and endorsed chair Ian Scott’s misconduct and apparent bias toward the nation’s biggest providers.

Despite that, TekSavvy will continue to hold the regulator accountable through any available means so that fair rates can eventually be set, and Canadians can get relief from some of the world’s highest internet bills during this cost-of-living crisis.

TekSavvy’s court appeal of the CRTC’s flip-flop on rates last year continues to move forward. We argue that by jettisoning final rates set in 2019 after years of evidence and study in favour of temporary tariffs arbitrarily established in 2016, the CRTC ignored its statutory duties and effectively made up the fees that smaller ISPs pay to larger companies to use parts of their networks. This is unfair and violates laws guaranteeing a proper process.

TekSavvy is also arguing before the court that Scott’s apparent bias toward Big Telecom – his stated preference toward those companies, his private beers with Bell’s chief executive, his numerous apparent solo meetings with lobbyists – played a big role in the rates decision.

This charge also forms the grounds of a review currently underway by the federal Conflict of Interest and Ethics Commissioner. The results of that review will be made public and presented to Prime Minister Trudeau.

On this front, TekSavvy will be submitting further evidence to the Commissioner of Scott’s apparent bias and misconduct, which has come to light through new records obtained under the Access to Information Act.

Records of the chair’s usage of the CRTC vehicle – available here – show he travelled to two receptions held by Telesat, where he used to work as a lobbyist, on May 28, 2019 and Sept. 6, 2019, as well as to a meeting with Quebecor on Oct. 19, 2020. He also took the vehicle to a meeting with an “R. Boron,” presumably Freedom Mobile senior regulatory vice-president Bob Boron, on Apr. 4, 2019.

These trips are recorded as work uses of the vehicle, but no records exist in the lobbying registry for those respective companies on the given dates. Companies typically do not report receptions as lobbying activities, despite executives having face time with invitees, such as Scott in the case of Telesat.

The records also show at least 10 other work-related meetings between March 2019 and March 2021 with undisclosed participants. Also of note are two trips he made to Montreal, on Sept. 18, 2020 and Feb. 26, 2021, to visit his old mentor, McGill University professor Richard Schultz. Schultz has written papers in favour of deregulation and limiting the powers of regulators, such as this 2019 submission made on behalf of Telus, where Scott also worked as a lobbyist.

CRTC media officers did not answer queries on the undisclosed meeting participants and instead referred questions to the regulator’s Access to Information department. A representative from that department said the vehicle logs are not intended as a tracking mechanism on the chair’s movements, but rather to separate personal and work mileage for income tax purposes.

Collectively, the records suggest further unreported meetings and socializing with executives and representatives from big telecom companies, as well as more disregard for overall transparency and established protocols.

They also reinforce the seemingly easy and frequent access that big companies such as Quebecor, Telesat and Shaw have with the current chair, as well as his apparent bias toward their points of view. Various records collectively show that smaller companies and consumer groups do not enjoy anywhere near the same access.

What it all means

The government's announcement of a new telecommunications policy directive, which aims to require the CRTC to focus on affordability and spurring competition, is an obvious attempt by the federal cabinet to distract from its failure to address the appeals by smaller ISPs of the wholesale rates decision.

While TekSavvy plans to participate in the process to implement this directive, we question how serious the government is about establishing a fair wholesale system and therefore about lowering internet prices for Canadians.

The new directive will continue to entrust the CRTC to oversee these issues, but it is difficult to have faith in a system that does not hold the regulator to account no matter how bad its decisions are for Canadians or how egregious the conduct of its officers is.

We intend to continue to fight for transparency and fairness and to force accountability at the CRTC, so that smaller competitors can have a fighting chance to bring more choice and affordable services to Canadians.

(Photo from a 2018 event, from Francoise-Phillipe Champagne's Twitter feed)