Feds should be ashamed of Toronto’s broadband plan 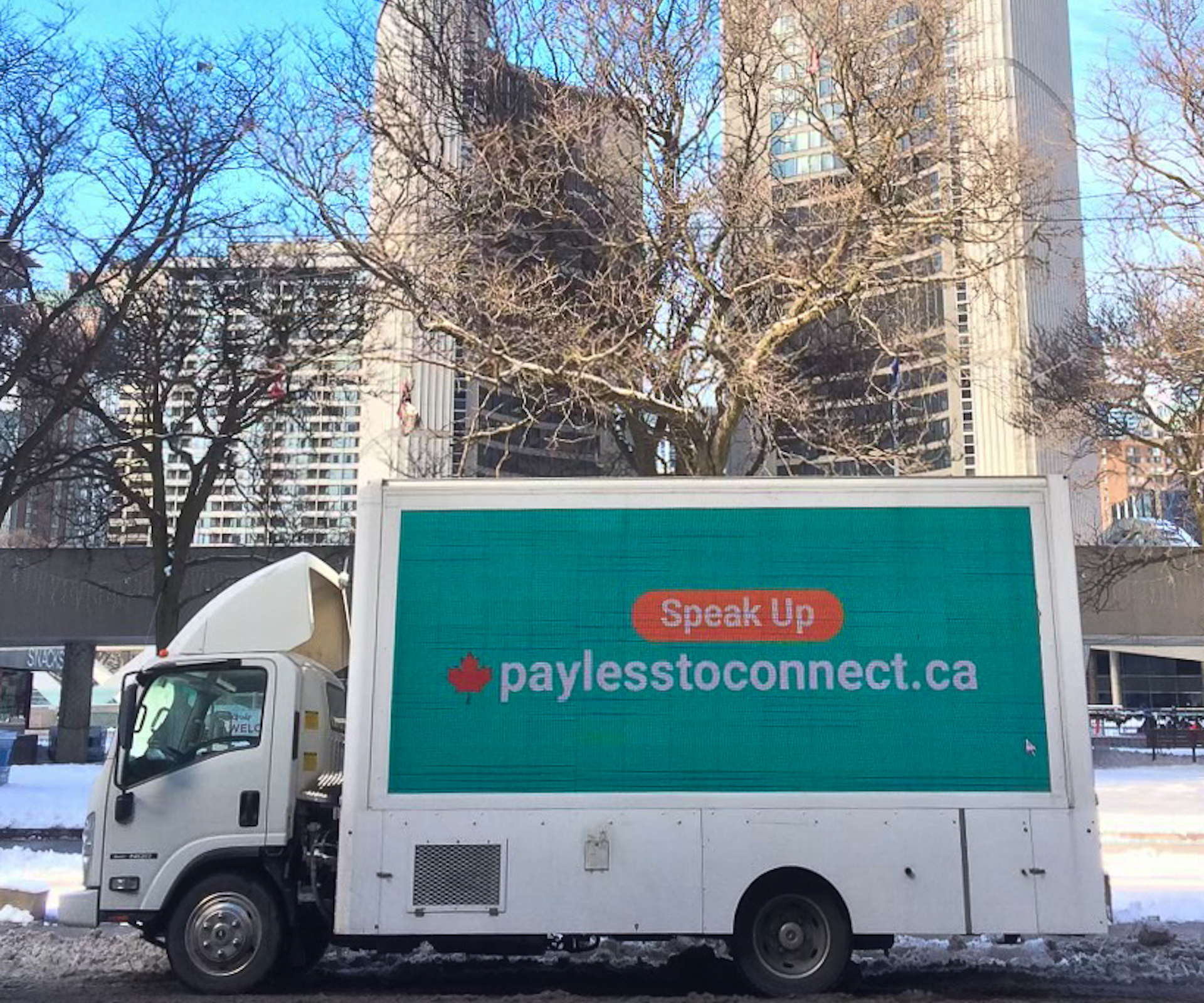 Just how bad is telecom affordability in Canada? It’s so bad, the largest city in the country is considering building its own broadband network to reduce its reliance on Bell and Rogers.

Toronto council will on Tuesday discuss proceeding with its own fibre network after the proposal received unanimous support from the city’s executive committee last week. The purpose of the network is to provide affordable, super-fast service to Torontonians, many of whom can’t afford existing options.

A recent report by the Brookfield Institute at Ryerson University found that more than a third of households in Toronto are worried about paying their home internet bills over the next few months. More than half of the city’s low-income households also have download speeds below the CRTC's national target of 50 megabits per second.

As we wrote in a Toronto Star op/ed last week, the city’s plan is a searing indictment of the continuing failure by the federal government and the CRTC in ensuring that all Canadians are able to properly and affordably connect at a time when internet access is vital to education, work and health-care.

Anti-poverty organization ACORN Canada agrees, noting the sad truth that many people must make difficult choices with their monthly expenditures as a result:

Its true! The city's proposal MUST focus on affordability and it needs to be publicly controlled and owned to do that. @JustinTrudeau has failed on this issue - it's up to us to get this done. https://t.co/HYjS8TtI14 https://t.co/YvpFfX37dq

As Open Media's executive director correctly points out, this is not just a Toronto issue:

If Canada's largest city doesn't seem profitable enough for investment from Big Telecom, what chance do the rest of us have in hoping they'll eventually see value in our less populous, less affluent neighbourhoods?

The CRTC already has an easy lever to pull when it comes to affordability: a 2019 decision ordering Bell, Rogers and other large telecom companies to significantly lower their wholesale internet access rates.

These rates make up the majority of the operating costs for independent wholesale-based ISPs such as TekSavvy. If the order were in effect now, indie ISPs would be able to offer more affordable services across the country. The big companies would be forced to follow suit.

Instead, the CRTC has been dragging its heels, considering an appeal of its order from the big companies for more than a year and counting. Worse still, the regulator also ordered Bell to make super-fast gigabit speeds available to indies back in 2015, but still hasn’t set rates on that access.

The federal government gave the regulator cover for this inaction in August when it bought into a Big Telecom talking point about how lower wholesale rates would supposedly have a negative impact on new network investment.

It turns out those same companies have been availing themselves of significant taxpayer money through the Canada Emergency Wage Subsidy, a program intended to help prevent layoffs at suffering businesses. Bell alone has taken $122 million while posting strong financial results and boosting dividend payments to shareholders throughout the year. As an extra twist, Bell laid off more employees in Montreal on Monday afternoon.

Adding in Rogers and Telus, Canada's so-called Big Three have helped themselves to nearly a quarter of a billion taxpayer dollars despite not needing the help, according to news site downUP.

It's astounding proof that Big Telecom cannot be trusted to do what is right for Canadians, which is why municipalities such as Toronto are exploring ways of getting away from these companies. Government and regulators simply cannot cover for them any longer.

In Toronto, Open Media is urging people to contact their elected representatives in support of the city’s broadband proposal. Nationally, TekSavvy is also continuing to urge Canadians to send letters to Prime Minister Justin Trudeau, Minister of Innovation, Science and Industry François-Philippe Champagne, members of parliament and the CRTC through the PaylessToConnect website.

Internet affordability is a growing crisis in Canada that is being driven by Big Telecom. Policy makers can no longer be left asleep at the wheel.